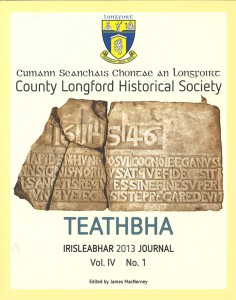 The latest edition of the society’s journal, Teathbha, was launched in December last. It is the first edition of volume four, and the fifth edition edited by James MacNerney. The title Teathbha (pronounced ‘chafa’) comes from the name of the ancient territory that included County Longford.

Running to over 100 pages, the journal contains a feast for those with even a curiosity about Longford’s history. Among the personalities covered are Fred Brady-Browne; Jamie Kelly from Corlagan, Ballymacromack, who proved that Winston Churchill’s mother had been born in Brooklyn; Michael Francis MacNerney, a distinguished fiddler (and father of the journal’s editor); Joan Walsh; and Seán MacEoin. You can also read about the ‘tithe war’ in the 1830s; Longford’s county surveyors and engineers; the ancestors of Mary Todd, wife of President Abraham Lincoln; the Fox family of Foxhall; and Alan Turing, the renowned code-breaker.

The journal is available at £12 in several shops around the county including Luke Baxter’s Pharmacy and ‘The Kiosk’ in Longford town. It can also be ordered by ‘phoning Josephine O’Donnell, the Hon. Secretary, on 087-6797617. The cost of ordering a copy for posting is £13. 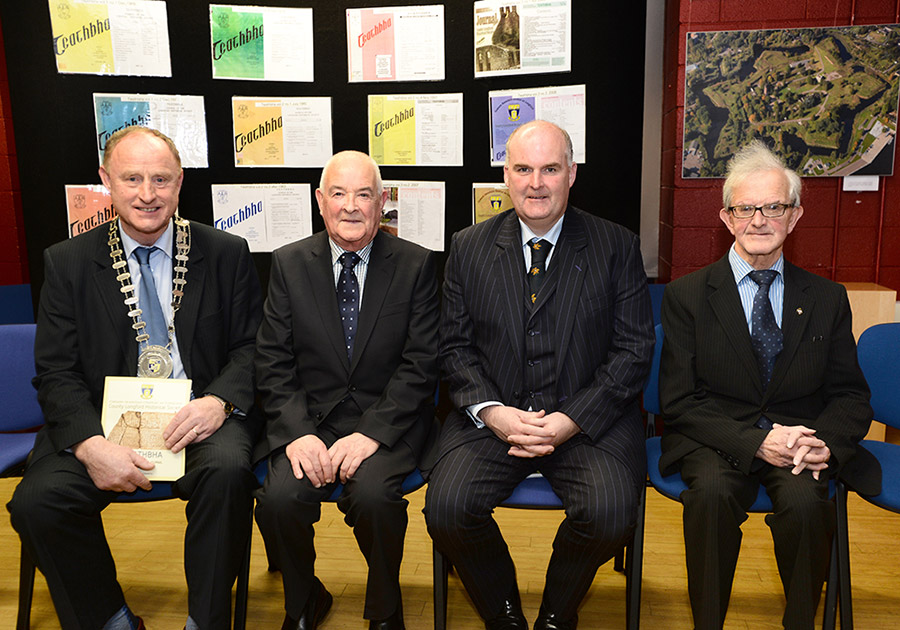 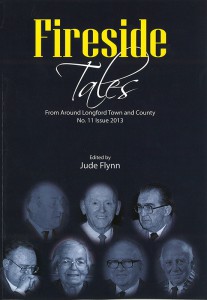 This is the eleventh edition in the series compiled by society President Jude Flynn.

The book contains a great variety of interesting stories from around the county. 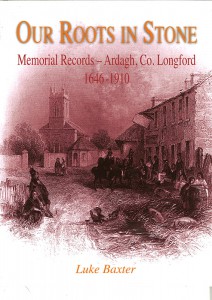 Our Roots in Stone

This book is the work of society Vice-President, Luke Baxter. 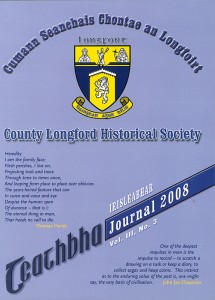 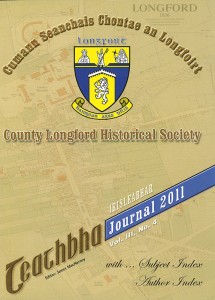 Contents include the Longford News; the Sisters of Mercy in Longford; Rev. Frederic Potterton, tutor to the Edgeworths; crime in Longford 1800-45; Goldsmith and politics; Longford men in the American Civil War; Treatyite politics in Longford; Seán Connolly Barracks; Patrick Corrigan; Owen Foley; the du Noyer drawings of Longford sites; and the concept of heritage and the role of the Heritage Office of Longford County Council.